The first half was dominated by us, hitting the post twice and having all the possession, and we should have gone in probably 2 up.

Their first goal was from a corner, crossed to Dan (Clowes?), who JP was marking, but someone else should have been on him, because JP stood no chance against someone much bigger. We then went straight off and equalised, only for it to be somehow ruled out, which would have made it 1-1, with the momentum with us to go on and win. They then hoofed it up to Dan C, who scored whilst we were complaining to the ref, and from there it was game over, where we should have been winning.

I have to take the blame for some of the goals, as Dan got past me twice to score. They basically just played hoof up to Dan, they were a one man team. I thought we were the better team though, and should have won, as we played good football, but didnt finish our many chances.

We must learn our lessons, i.e from set pieces put our biggest man on their biggest, and take our chances. However, we probably would have won if it wasnt for a bad decision, but thats football.

Move on, weve got a game in 6 days, and this time hopefully we will win it, apparently against Grimshaw Rovers, who are shit.

Wasnt your bad, they're just way too pacy.

we could of done with a sweeper. and tbh, you aint a sweeper

I played shit ever since that goal was dissallowed, pube summed it up quite well really but we were leaky at the back in the 2nd half, things dint go our way and its nobodies fault but mine coz i cant kick a ball in a fucking goal.

People did not follow special team talk. I said be champions. Losing is not what champions do!

I'm joking, sounds like it wasn't your fault. Next week is time to get back on track. 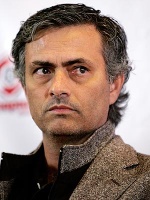